WHAT THE CRITICS SAY...

For KATHLEEN TAGG AND ANDRE PETERSEN'S WHERE WORLDS COLLIDE:
" An open-minded mix of traditions, and the bravura technique they also share. The results are reflective and exuberant, by turns, and enormously enjoyable throughout."
- Jon Turney, London Jazz Times​

​“Petersen and Tagg impress with their commanding opening flourishes where Petersen develops dramatic Intensity...offset against Tagg's sonic additions that invoke the sounds and smells of Africa."
- Cue Magazine 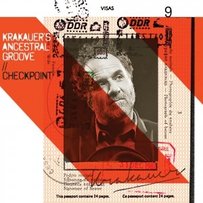 For DAVID KRAKAUER'S CHECKPOINT:
"This is one way that Jewish music should sound in 2016: a melding of Jewish, American, and other musical styles reflecting the passions of David Krakauer, reflecting the world in which we all live. This is a vital recording, standing out in a year when there is an accumulation of a wealth of new Jewish music."
-Ari Davidow, Klezmer Shack
​
​​"The checkpoint of the title is a reference to the city of Berlin, where East used to meet West. It still does in David Krakauer’s clarinet playing, which has deep klezmer roots and arresting avant-garde blossoms."
-Mac Randall, JazzTimes

"Checkpoint, as with many of Krakauer's albums, uses incongruity to its advantage. Ancestral Groove takes seemingly disparate ideas and manages to use them as stabilizing forces that balance each other out. Hebraic strains are set off against samples and beats, zany thoughts meet with relatively fixed elements, and joy and sadness allay one another in fascinating ways....Checkpoint, on the whole, proves to be an audacious and addictive blend of past and present. When it comes to feeding new art with genealogy and experience, David Krakauer is really in a class by himself."
-Dan Bilawsky, All About Jazz

"It’s music driven by the reckless abandon of David Krakauer, who turns the clarinet and traditional Eastern European music into a party for the avant-inclined. Experimental or not, Checkpoint is just good, weird fun."
-S. Victor Aaron, Something Else Reviews

"The band's new CD, Checkpoint (on the presumably self-started Table Pounding Records label, distributed by United for Opportunity), is kick-ass, maybe his best—certainly Krakauer's most dancing-in-your-head-and-on-the-floor-at-the-same-time exciting—album of this sort."
-Fred Kaplan, Stereophile 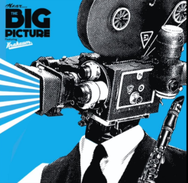 ‘‘Krakauer will lovingly render, or unapologetically mess with, music from such films as Cabaret, Lenny, Avalon, Love and Death, The Producers and Funny Girl. The moods range from pure balladic elegance to ballsy rocking out… The eerily voice-like klezmer clarinet: it couldn't be a better fit for the movie themes that David Krakauer interprets.’’
-The Village Voice

‘‘Although Krakauer can gracefully unspool toe-tapping joviality, he is also a master of nuance who knows how to maximize the impact of a ballad. Segments of “La Vita E Bella” and “The Family” are memorable for the intoxicating quality of their gorgeous melodies. Krakauer’s arrangement of “Moving To The Ghetto” generates the same intensity of drama that a great film can.’’
-Downbeat Magazine

‘‘David Krakauer is to klezmer what Eddie Palmieri is to salsa:  a virtuoso grounded in — and deeply committed to — a musical genre that is an expression of his own cultural background, and an innovator who takes the genre places it has never been. Krakauer and the band do wonderful and often surprising things with every one, re-inventing the material with soul, pathos, humor, and no lack of funkiness. With his new release, The Big Picture, he’s crafted his most successful and boundary-smashing work to date.’’
-Pop Matters

‘‘Mr. Krakauer’s clarinet girded each with a piercing wail… Communicating anguish, outrage and catharsis. And connection… As with the klezmer tune in the encore, Mr. Krakauer gave it his all.’’
-The New York Times

‘‘David Krakauer is one of the most exhilarating clarinetists in town. He’s also New York to the core… The Big Picture celebrates New York-centric film music from across the ages, a mix of well-known and obscure treasures, recorded with a killer band… How do you do Body and Soul and make it fresh? Turn it into a slinky noir clarinet feature and swing it from a hint of a waltz to a Lynchian sway… Everything here serves more or less as a launching pad for Krakauer’s swirling, crescendoing, sometimes achingly intense, sometimes subtly witty clarinet solos.’’
​- New York Music Daily 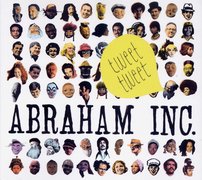 For ABRAHAM INC.'s TWEET TWEET:
“This endlessly surprising yet highly successful hybrid of klezmer, funk and hip-hop had the enthusiastic crowd—young and old, Jews and gentiles, whites and blacks—dancing ecstatically in the aisles like it was a Jewish wedding. Wesley brought the funk while virtuoso clarinetist David Krakauer delivered the passionate intensity and deep Jewish soul that ties him to the lineage of klezmer clarinet kings like Naftule Brandwein and Dave Tarras. Montreal-based multi-instrumentalist and visionary beat architect Josh Dolgin, aka Socalled, provided a bridge between the klezmer and hip-hop worlds with his audacious Hebraic rapping while the Bronx-bred emcee C-Rayz Walz brought street cred to this unlikeliest of collaborations with his remarkable freestyling facility and stark urban imagery.”
-Bill Milkowski, Jazz Times

"Wesley’s fat trombone licks, Krakauer’s Klezmer-tinged improvisations, the rhythm section’s funk structure—they found a balance that was powerfully danceable...I predicted the standing ovation before and after the encore. I wasn’t even shocked by the curtain call a few minutes later. But when I snuck out the door a good five minutes after the band’s last appearance on stage, the crowd was still on its feet, determined to beat their hands until they were black and blue."
-Ben Conniff, Playboy Magazine

“Time and time again, artists from different backgrounds have found ways to connect and transcend cultural differences through music. This is clearly the case in the unique collaboration of Abraham Inc's Tweet Tweet , the first release from a touring band that blends Klezmer music, funk, hip hop and jazz into an infectious and eclectic stew…The pocket is deep and Thick, provided by tight rhythms, be they straight hip hop beats in the title track or fervent Yiddish dance grooves… It's easy to understand why Abraham Inc is thrilling audiences from Europe's Transmusicales de Rennes to Harlem's Historic Apollo Theater.”
- Mark F. Turner, All About Jazz

“It is easy to call this the funkiest Jewish release, ever… Until the band gets together and puts out another release, this is as good as it gets. Hell, this is just wonderful. If James Brown had gotten klezmer, even with Fred Wesley, he would have been happy to sound this good. Get your copy, and maybe a few spares, at the Abraham Inc store.”
- Ari Davidow, Klezmer Shack

"One of the most important parts of the Apollo’s history over time has been the continual exploration and presentation of new types of music. The debut performance of Abraham Inc. is part of the Apollo’s legacy of legends and new artists coming together."
-Laura Greer, The Apollo’s Vice President of Programming